The Cameo Cinema Belgrave may have had a complete facelift in the 1980s but the current owners really play to the connections back to when the cinema first opened in 1935.

There aren’t many original or vintage features left at the Cameo Cinema in Belgrave, but you can’t blame the current owners for that. 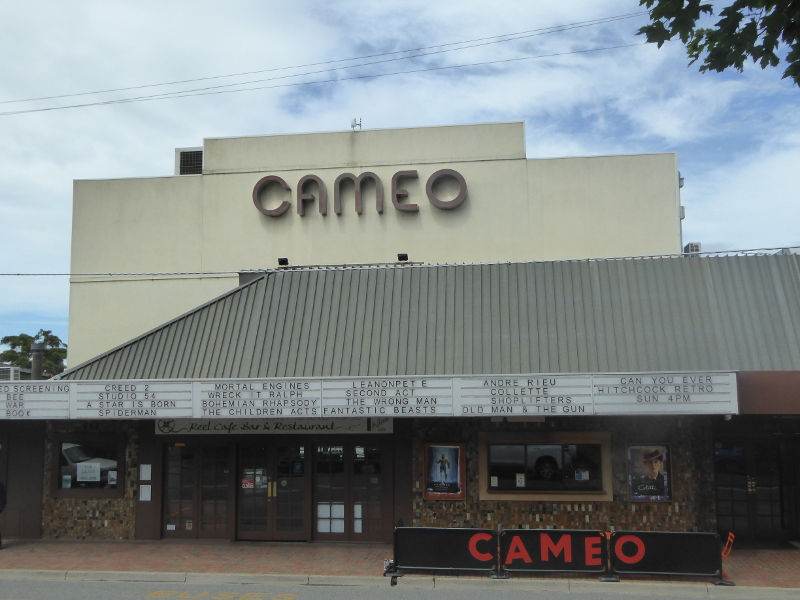 The façade dates, I think, from the 1980s, when a major renovation got rid of the original 1935 frontage. 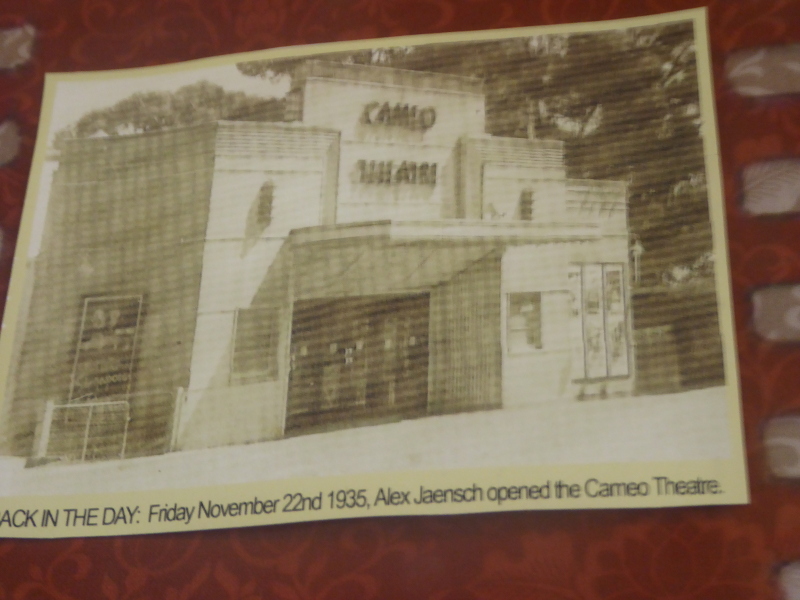 I asked the very friendly reception staff what original features did remain. They said some parts were in storage or hidden underneath the current structure, but there is apparently a row (or a few rows?) of seats in Cinema 1, which date from the original auditorium, and these will always stay. 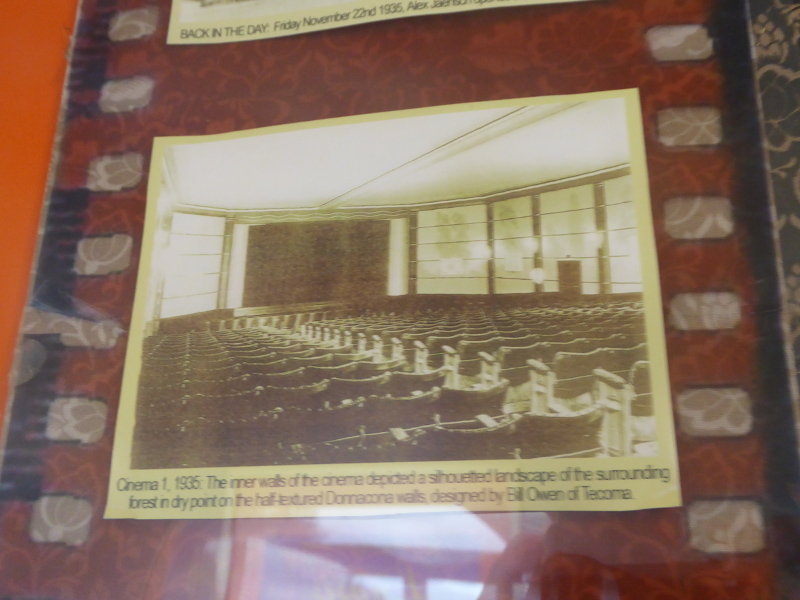 That Cinema 1 also might still have some original lighting on the walls, if this image is to be believed (though the photo is also from some years back, so I can’t be sure). 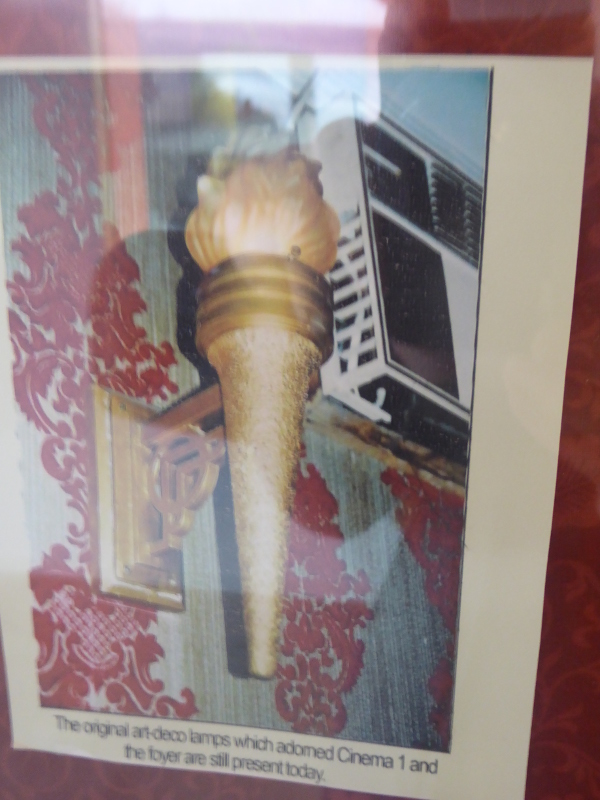 I was very pleased, though, to be directed down one of the long corridors in the Cameo, to an information board, which displayed all sorts of history just to tantalise people like me. 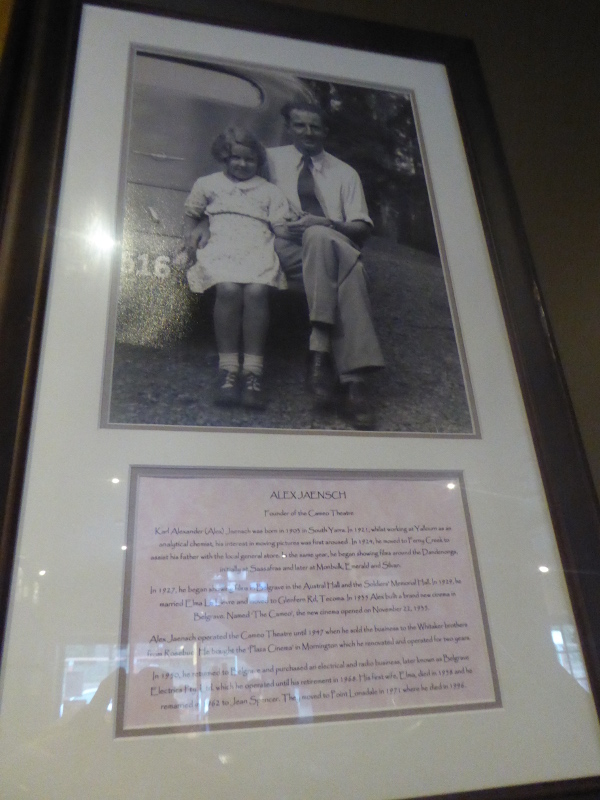 So, from this, I get the impression that the current owners share my delight in finding connections with the past. I loved the photo of the lady who had been to the cinema’s opening night in 1935, and came again in 2014, for the revamped Cameo’s most recent re-opening. She’s someone I’d love to chat with for my Vintage Victoria podcast – I wonder if she is still around? 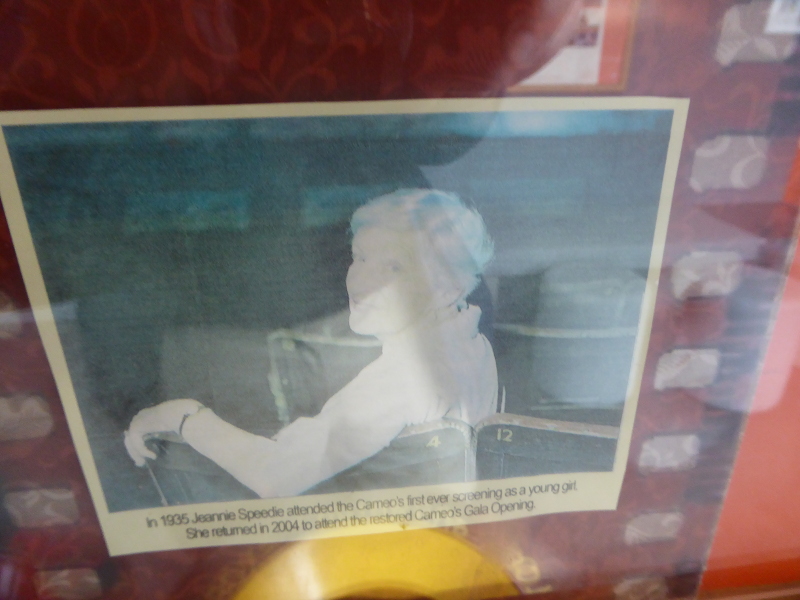 I really like what the current management have done in terms of providing such a variety of film experiences. They are currently showing a season of Hitchcock films, mostly for Sunday matinees, with all sorts of early Hitchcock films I’d never heard of on offer. 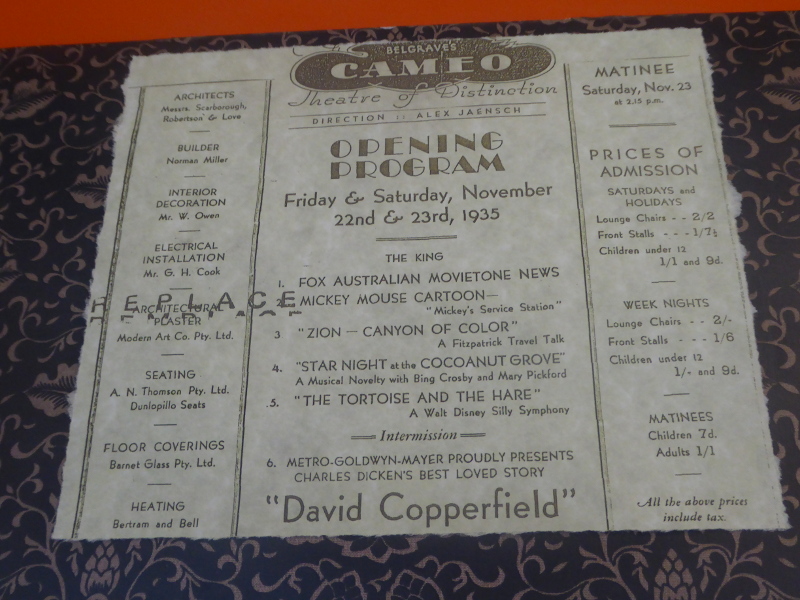 I was there for a 1928 silent movie called ‘Champagne’. This was actually my first time watching a full length silent movie, and although talkies were more common by the time the Cameo opened its doors in 1935, this really did give me a sense of what a cinema experience would have been like for audiences in those cinematic heydays. 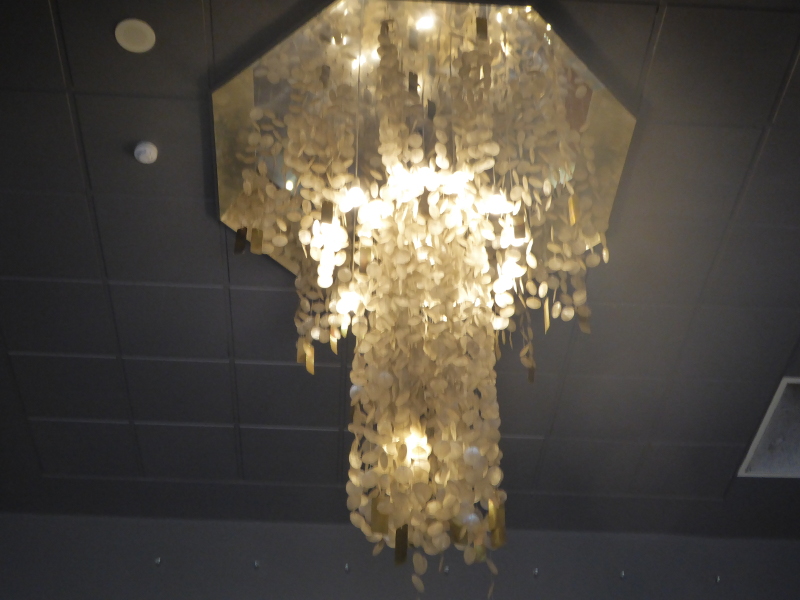 Hitchcock’s extraordinary use of camera to create drama and a powerful vibe in a scene already comes across even in this silent movie. I loved the shots through the bottom of the champagne glass, and the close-up of the admiring older man’s eyes as he drinks from his champagne glass are seriously spooky in classic Hitchcock style.

So, I love the fact that this season is going on for so long, until April 2022. I’ll certainly be back for another dose of Alfred the Great. 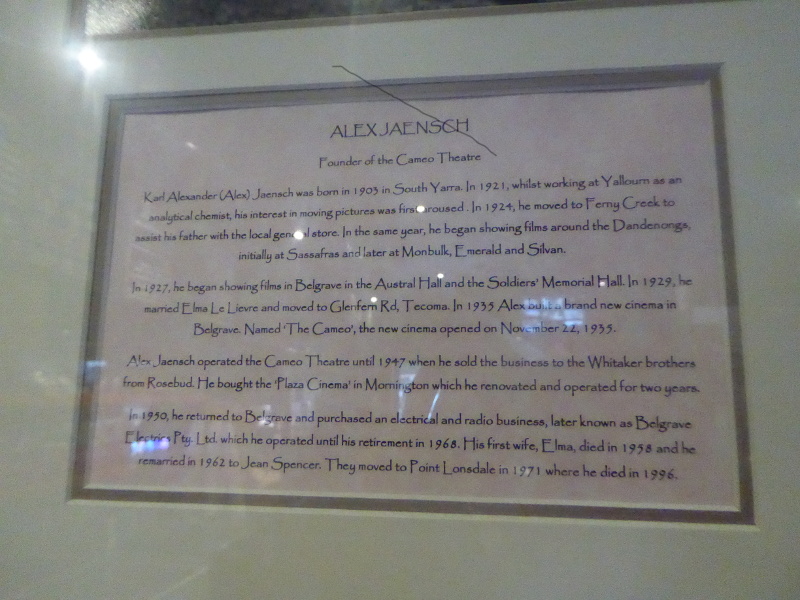 I’m afraid, because my film wasn’t shown in Cinema 1, I can’t do more than reproduce here some of the photos on display on that Cameo noticeboard.

I loved the reprint of the opening night programme, and the 4th anniversary schedule. 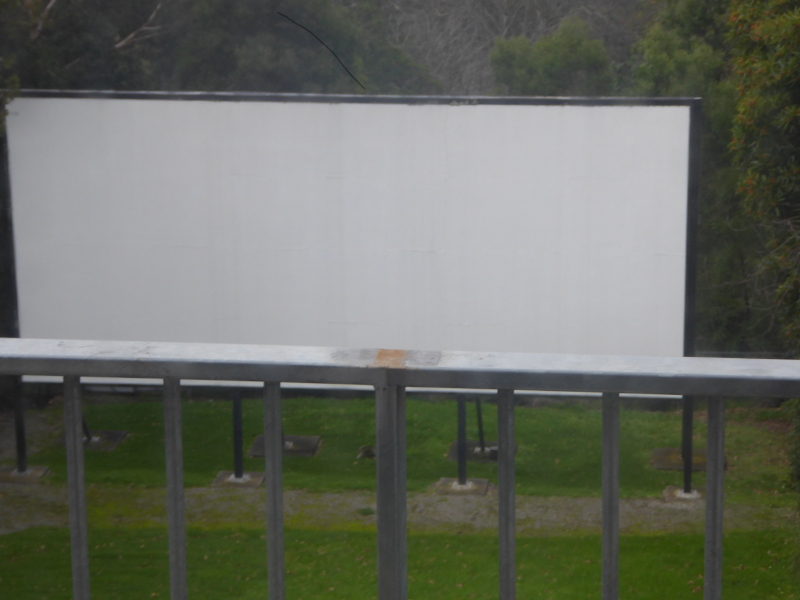 And I love the way the current management have taken the cinema into the 21st century, with a very clever outdoor screen – obviously not for my cold damp day in May, but must be  a treat in summer.

No sign of any possums in my cinema, but I can see how close those trees come into the back of the building, so it’s barely surprising that one got into the auditorium in 1951…

History and stories about the Cameo Cinema, Belgrave

The Cameo opened in Novembe 1935. A 500 seat cinema – along with two new dance halls –  was to cater for the new holiday-makers who’d be coming up from Melbourne for a good time. Opening night saw a screening of David Copperfield.

The cinema was also used for recruitment drives early in the war, and the High School speech days by the 1950s.

My favourite story coming out of the Cameo in Belgrave was from the Mountain Free Press in February 1951, when a possum got into the cinema during a screening: “It has been haunting the locality for some time and has frequently been hunted out of the theatre. This was the first time it has got in during a show. Women screamed and jumped on the seats…”

Other small news reports from the late 1940s give a flavour of life round here in those post war years. One report spoke of the theatre being allowed a special tap from the water pipeline for use in the event of a fire at the theatre, but with penalties to apply if the theatre used water for any other purpose.

Another news brief warned of petrol ‘milkers’ operating outside the theatre and siphoning petrol out of cinema-goers’ cars while they watched the movie inside. One family had this happen to them twice in a couple of months, in completely different vehicles

Other links and writings on the Cameo cinema

The Cameo Cinema’s own website has a good history section, including mention of the 1970s foot warmers. Are they still there??

This is the Cinema Treasures entry on the Cameo.

The Fernyhill Retreat blogger has photos of the outdoor cinema in action.

If anyone has links to other blogs or articles writing about the Cameo cinema in Belgrave, do get in touch…

What are your memories of the Cameo Cinema, Belgrave?

First up, does anyone know Joanne Speedie? I’d love to meet her and/or hear her talk about early experiences at the Cameo from the 1930s and 40s…

Was anybody reading this in the cinema inn 1951 when the possum joined the audience?

Are there any stories to take our ‘history’ further forward from the 1950s end-point in Trove towards the present-day?

Or just get in touch with your own favourite experience at the Cameo Cinema, Belgrave, from recent or older times.